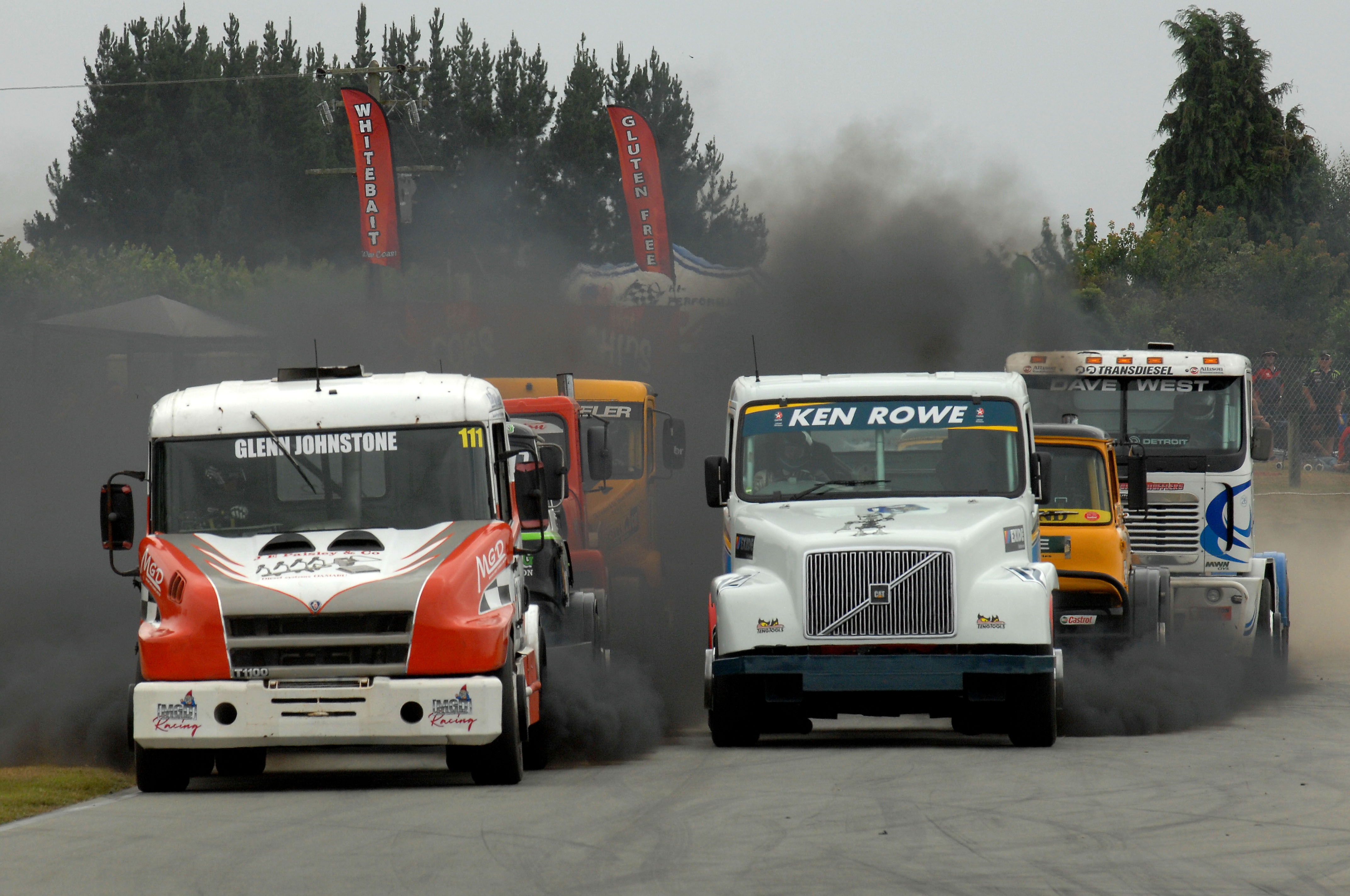 The NZ Super Trucks and Mainland Muscle Cars are the star attractions at this weekend’s motor racing action, presented by Downer, at Teretonga Park.

They will be supported by NZ Six Saloons, Noel McIntyre Drainage Club Saloons, Sports & Racing Cars and the A1 Auto Services One Hour Race.

A quality field of 8 trucks has entered what is the second round of the NZ Super Truck Championship.

Some of the biggest names in the sport are on the entry list with Troy Wheeler of Papakura and Alex Little of Lower Hutt both in Freightliner Century’s. Bedford, Volvo, International and Scania are also on the grid. Southlander, Garry Price of Winton, and former Southlander Glenn Johnstone of Kaiapoi are in the line-up while Dave West who was involved in a mammoth crash at Teretonga Park in 2016 also returns.

There are some classy drivers in the field too, including John Hepburn of Timaru in his Holden Monaro. Hepburn, the Mainland Muscle Car Champion in 2017/2018 is a former NZV8’s competitor, former NZ Super Truck Champion and a past motorcycle champion.

An excellent field will fight out the final round of the Noel McIntyre Drainage Club Saloons Championship while a healthy grid will line up for the A1 Auto Services 1 Hour Race which will be held on Sunday afternoon.

NZ1 Blair Sutherland of Alexandra in his Holden Commodore heads the entry in the NZ Six Saloons and one of the best fields for some time has entered the Sports & Racing Car events.

The action begins at 10am on both Saturday and Sunday.