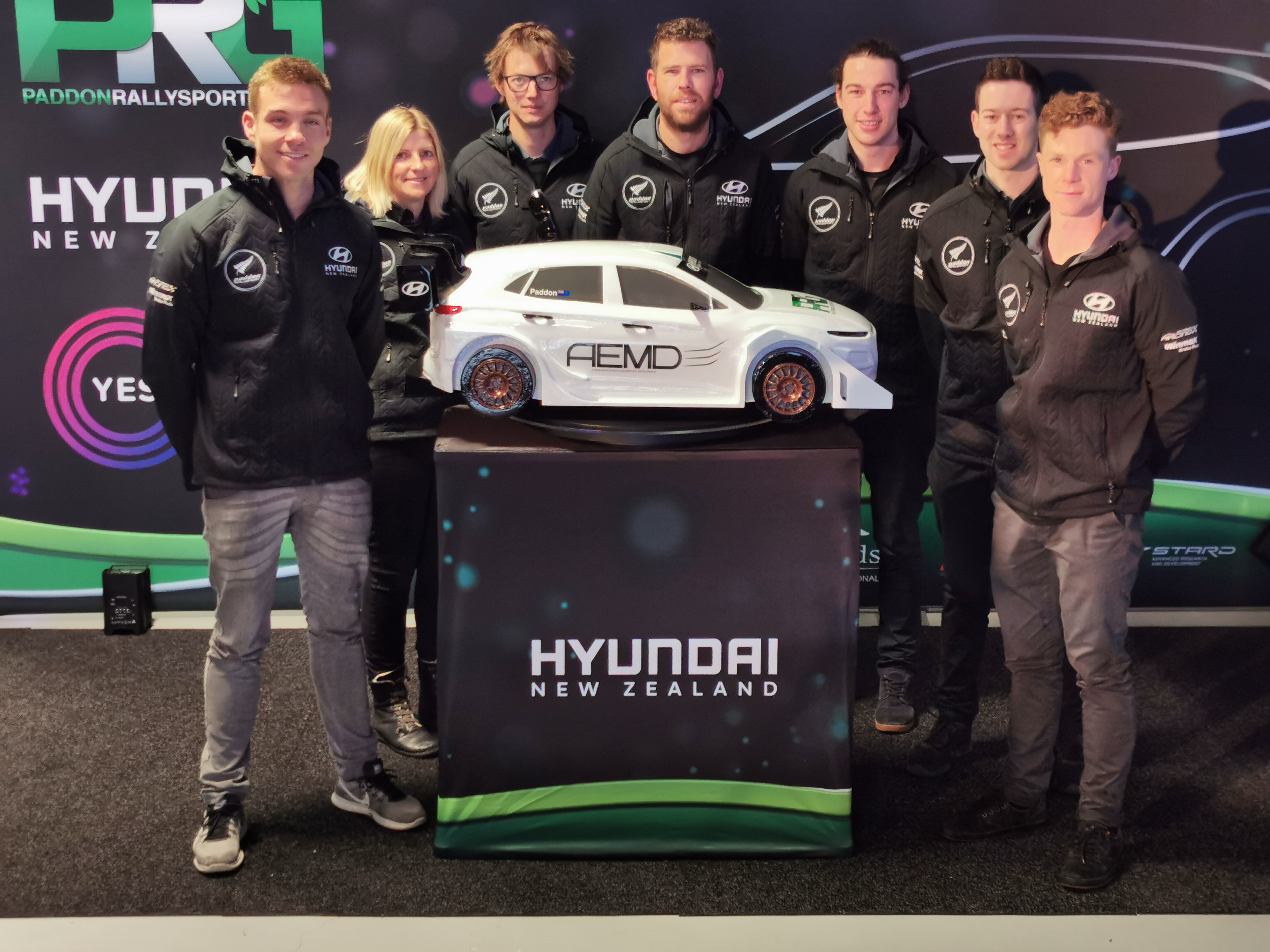 The multi-championship winning rally team, Paddon Rallysport, has revealed they are undertaking a ground-breaking new project – the design, development and construction of the world’s first electric rally car that will be capable of running full length rallies.

Paddon is passionate about the project which will showcase PRG’s capabilities with their new way of thinking about electric vehicle technologies and how these can be applied to the sport of rallying.

Paddon says: “This first EV rally car from the new PRG division Alternative Energy Motorsport Development (AEMD) will be a showstopper in terms of performance and will do things differently to electric-powered competition vehicles seen to date.”

A Hyundai Kona forms the foundation of the EV rally car, thanks to Paddon’s long-term commercial partner Hyundai New Zealand.

The team is only eight months away from their first major milestone – having the first prototype running by April 2020 – but where did the idea come from?

Early in 2018, Paddon and his father Chris were thinking about what PRG’s future would be – national or international? What sort of vehicles would be used in competition in five to ten years?

Paddon: “Alternative energy powerplants are very quickly evolving in the consumer-focused automotive sector, but the same developments are not as widespread in motorsport and certainly not in rallying. A friend and I discussed the concept of electric-powered rally cars. Not unlike most motorsport enthusiasts and their first impressions of the concept, I thought ‘not EV!’ But the more I thought about it, the more potential I could see to align top tier rallying with the technology aims of major vehicle manufacturers.”

The Hyundai EV rally car project requires a number of engineering challenges to be resolved. “From some of the EV technology that already exists, performance is already there – some cars have up to 1000bhp (745kW). It’s how you harness that performance for rallying, for example with torque vectoring for gravel/low grip situations and the range needed to complete a full day’s rallying.”

Ensuring that the EV rally car produces sound is also vital. “I’m committed to making sure our car creates the kind of noise a rally fan enjoys. From an entirely practical point of view, a rally car needs to create a loud and distinctive sound for the safety of officials, marshals, media and spectators out viewing the rally action.”

“Rallying opens up more challenges compared to circuit racing in terms of range, charging systems and sound, and when we find solutions for these elements, many will be applicable to the general road user/EV car owner.”

Hyundai New Zealand General Manager Andy Sinclair says: “We are excited to be involved in the development of the world’s first electric rally car with Paddon Rallysport. As the number one new EV brand in New Zealand we are committed to being at the forefront of innovation and championing the EV industry here, so this project aligns with us leading the way.”

With April 2020 the target to complete the first prototype Hyundai EV rally car, PRG will continue testing and developing the car, and run it smaller domestic events through the rest of 2020. Moving into 2021, PRG will focus on expanding the EV rally car’s range so it’s capable of running in full length rallies. This is a key challenge that underpins all the development work since the project started. During that year, the second prototype will also be in development.

As New Zealand’s most successful rally team, Paddon Rallysport has a proven heritage with motorsport development projects. They created the first Hyundai AP4 rally car in the world – built to New Zealand’s very successful AP4 regulations – a car which helped Hyundai New Zealand to secure the first-ever rallying manufacturer’s title for Hyundai anywhere in the world. This alternative energy motorsport development project is an exciting evolution of the team which offers global opportunities.