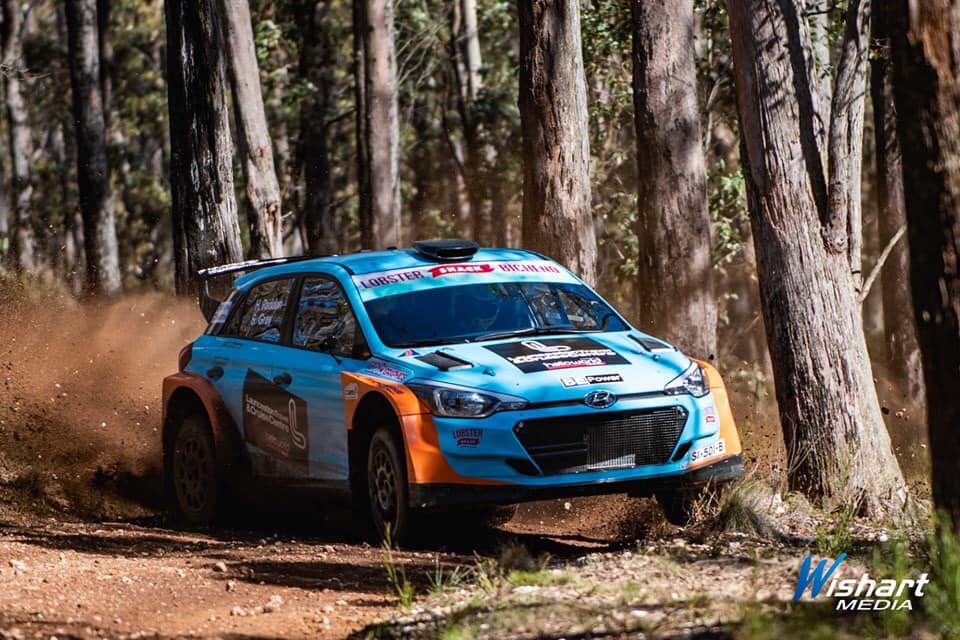 The Eureka Rally was the final event of four which counted for the APRC’s Pacific Cup. Paddon won the first two rounds in New Zealand – Otago and Whangarei – to top the Pacific Cup points table, while Australian competitor Harry Bates was the best placed Pacific Cup competitor at the first of the Australian rounds in Tasmania. Paddon was the only New Zealander to contest the Eureka Rally, starting with 78 points to Bates’ 39. With 39 points on offer for the top Pacific Cup competitor, Bates had a mathematical chance to level the score with Paddon.

Securing the title wasn’t as straightforward for Paddon as the first two round wins with a few elements to take into account. It was his first time on the Victorian roads near Ballarat, his co-driver Samantha Gray was competing in her first rally outside New Zealand, and they were competing in someone else’s Hyundai – the Walkem brothers’ Hyundai i20 R5 car – not the proven Hyundai i20 AP4 he uses at home.

The pair went out at full speed, winning the two super special stages which opened the rally on Saturday night in Ballarat and started Sunday morning with the fastest overall time for special stage three.

“Then we had a small issue this morning on SS4 when we touched something in the front corner which broke one of the suspension bolts,” Paddon says. “It didn’t do a lot of damage but obviously put us out temporarily. We got the car back to service for the boys to repair then came out this afternoon wanting to be neat and tidy. We lost close to a minute on the long stage with a spin, other than that, just tried to enjoy ourselves.

“It’s really good to win the FIA Pacific Cup; that was our goal with coming over to do this rally, so mission accomplished. It’s ten years since I won this title previously at Whangarei’s APRC event, back in 2009, and it’s really nice to bring the cup home for the team at Hyundai New Zealand.”

Paddon enjoyed the event, saying: “They’re nice stages; each of the four was a bit different, offering some variation. A little rain made it a bit slippery on the second pass this afternoon.”

He was also pleased with his co-driver Samantha Gray, saying she did a great job. “It’s quite different over here with the rally and the car. She adapted well.”

He adds: “It was the first time I’d contested an R5 Hyundai in a gravel rally, having done two tarmac rallies with one in Europe. It all went well, having brought Mike and Jack from Paddon Rallysport over to help run the car with the Walkem Motorsport crew.”

Gray loved her first offshore rally. “Having the chance to sit alongside Hayden again was brilliant and I’m getting more and more used to delivering his pace notes. I found some of the roads a little different compared to New Zealand but from a co-driving side I tried to keep everything the same to how I do things in at home. Since I don’t have much time to look up during the stages I could probably be rallying anywhere!”