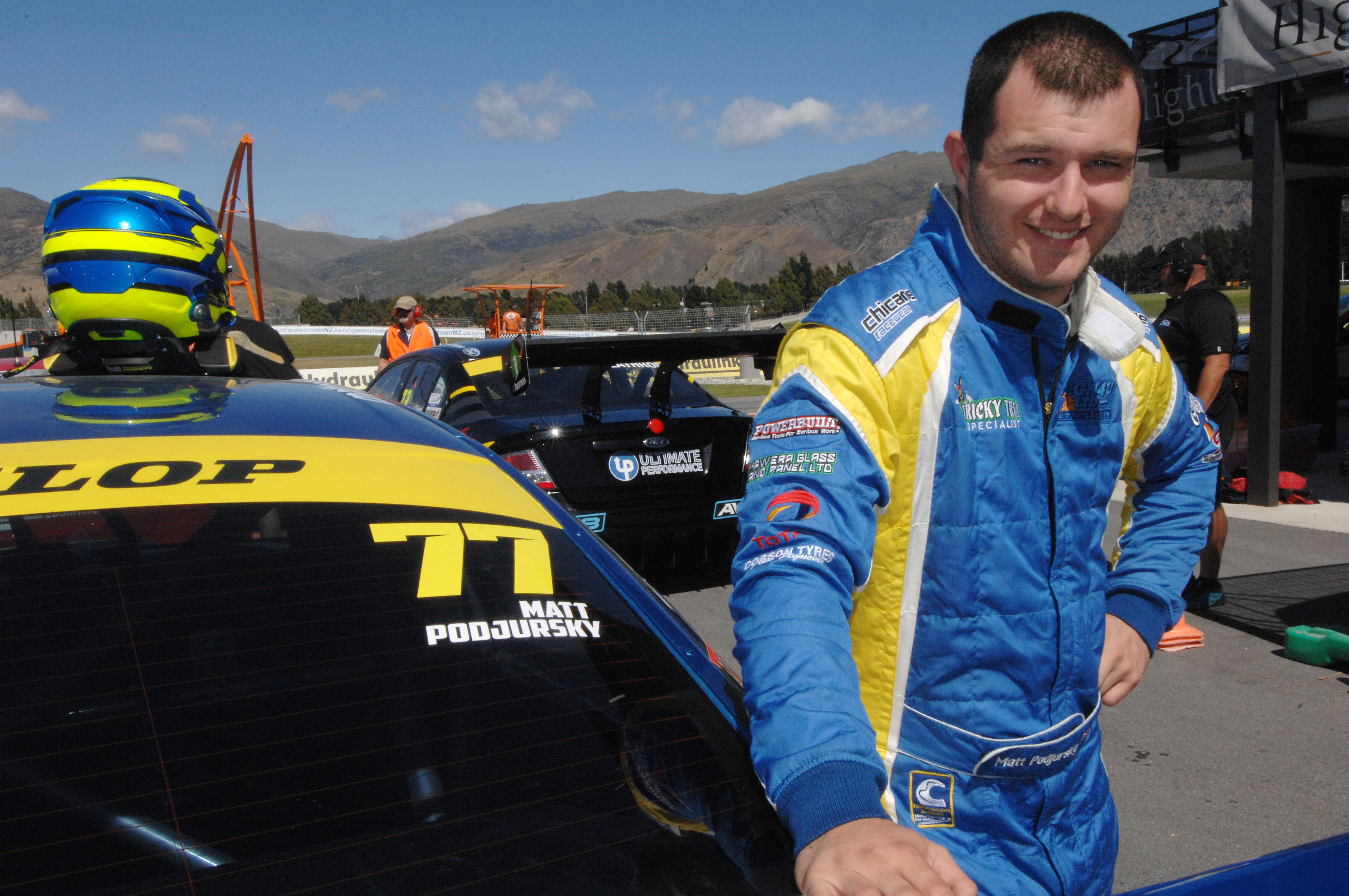 Matt Podjursky named as finalist in Taranaki Sportsman of the Year

Former BNT V8 Championship Series driver Matt Podjursky of Inglewood in Taranaki is a selected finalist for this years Taranaki Sports Awards to be held on Friday 15th November at the Devon Hotel New Plymouth. The awards this year featuring guest speaker the former Director-General of the World Anti Doping Agency David Howman in the night of nights for sport in the area. They are a celebration of the regions successes, strengths and community commitment to sport and active recreation.

Matt Podjursky is a finalist in the BDL Toshiba – 2019 Senior Sportsman of the Year.

This follows on from Matts earlier nomination in 2012. He was then nominated for the Taranaki Junior Sportsman of the Year award. This came after a fabulous year in KartSport where he won the New Zealand CIK Junior Yamaha Championship, and two runner up placings in the North Island Championship and become the first Taranaki person to be awarded the Taniwharau Shield for best performance in the North Island Championships over two classes. There are more than 100 motorsport trophies scattered through his Taranaki home but always room for another one and Matt hopes they will be joined by many more as his motorsport career continues to take steps forward and he waves the flag for the region.

Motorsport and Matt have come a long way and there is still plenty to achieve. He climbed his way up the ranks of karting in which he was a two times national title winner and the scene was set. Podjursky then spent three seasons racing in the HiQ Components Formula First Championship claiming the most podiums out of any driver along the way and refining his racecraft skills. From there it was the move the high profile BNT V8 Championship and the Class 2 division of the category and Matts success again was seen with many podiums and race wins in season 2018 /19 in a series that travelled the length of the country.
Matt is also a graduate of the Motorsport New Zealand Elite Academy. In 2018 he became one of the selected group of eight judged on their respective talents and merits for a week-long camp in Otago hosted by Otago Academy of Sport the University of Otago along with the Motorsport Scholarship Trust. The programme sees these young athletes go through an intensive year-long programme as well as the camp week to refine athlete life with skills ranging from media training to diet, fitness and public speaking. All elements of the sport that a modern athlete/driver needs in the business today.

Matt is close to announcing some exciting plans for his 2020 season and this will be released in the coming weeks but for now he holds the flag high for the Taranaki region and his home and proudly supports the region every day in his endeavours to becoming the latest sport star from the region to shine both domestically and internationally.

“I am so delighted to be part of the 2019 Taranaki Sports awards and to be nominated as a finalist is such an honour within our region. So many local businesses and supporters have helped me get to where I am now in the sport and I can’t thank them enough and to fly the flag for Taranaki is just awesome and its something I am extremely proud of.”