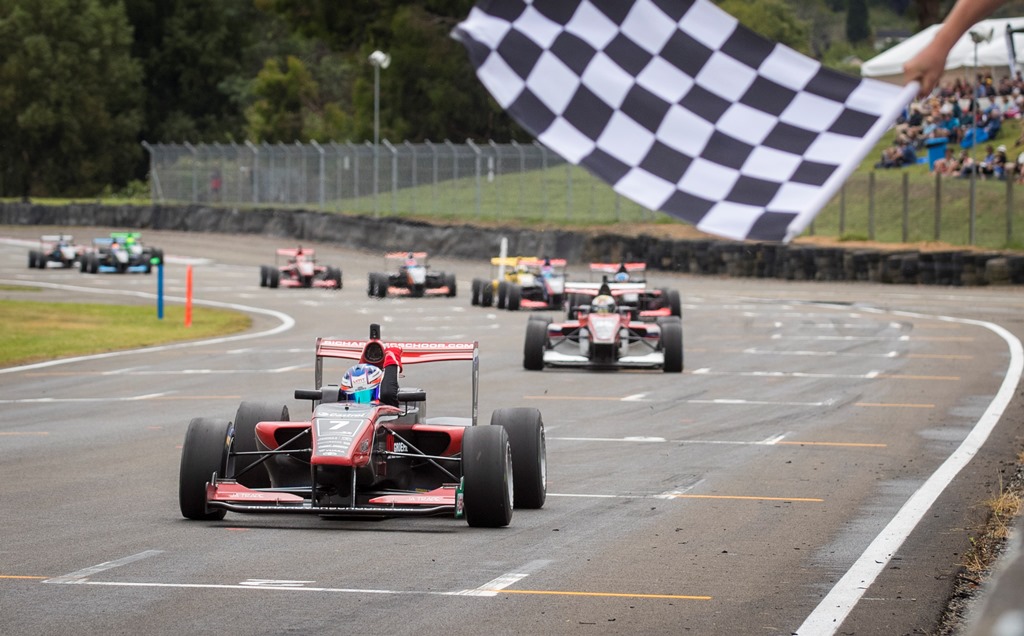 IMPETUS by the New Zealand Grand Prix’s promoter to deliver an astoundingly sharp ticket price for the country’s biggest national motorsport event has delighted the chief executive of host venue Manfeild, who says motorsport fans would be crazy not to take full advantage.

A promotion by Speed Works Events specific to the February 8-10 meeting on Manfeild Circuit Chris Amon effectively means patrons will, if coming in on a double ticket bought through the vendor’s promotion, pay just $10 for an individual weekend ticket that has a full retail value of $80.

Julie Keane, chief executive of the Feilding venue, says it could well be the cheapest-ever ticket price for the country’s most important national motor-racing event, now contested by Castrol Toyota Racing Series.

“We can say with certainty that this is the lowest price NZGP attendees have had to pay since current host rights were awarded to Circuit Chris Amon in 2006.

“It is certainly also the cheapest price we know of for any current Toyota Racing Series round.”

The strategy of offering a weekend double pass for $20 is a new direction for the regional joint initiative to promote the race, the venue and the region, driven by Speed Works Events and the Manawatu and Palmerston North Councils.

It follows a debut push last year that provided 45,000 households in the region a free weekend ticket to the event.

Mrs Keane says the 2019 offer could be seen as an even tastier deal.

“Ratepayers who took up the free ticket opportunity certainly would have been delighted, given the ticket was valued at $70.

“But bear in mind that many would have likely brought a family member or friend along for the excitement – and those people, of course, often had to buy a full-priced access pass.

“This year that second person can also enjoy a super-cheap ticket … maybe even a free one if their mate is feeling really generous.

“Either way, it’s an opportunity that we hope fans will make the most of. Basically, they’d be crazy not to.”

As with last year’s promo, conditions apply. The $20 weekend passes are only available online via Eventfinda.co.nz and require an applicant to input a promotional code: LETSGONZGP.

Mrs Keane says regional support for an event that delivers a massive financial windfall for Feilding and Palmerston North is vital.

“Manfeild has fought hard to maintain host rights to this event and the present arrangement means we have it definitely in 2020, with two years’ right of renewal beyond.

“Obviously, we do not intend to give up the NZGP; there are strong regional, industry and historic reasons for it being here. We know local sentiment for retaining the race is strong. That is why the councils have directly involved.

“However, the very best way to illustrate our love for the NZGP is to have a capacity crowd – and that has not been easily achieved in the past.

“I believe this promotion could, and should, be the trigger for a bumper attendance that this major New Zealand sporting event deserves.”

What surely adds fuel to the attraction is that two Kiwis, Marcus Armstrong and Liam Lawson, have emerged as hot talents in the international Castrol Toyota Racing Series, of which the Grand Prix is the climax.

Says Mrs Keane: “TRS regularly attracts the best up and coming single seater drivers in the world – several stars of recent seasons have since gone into Formula One and, of course, our own Brendon Hartley, who ran with Toro Rosso F1 last year, was also a graduate.”

“The TRS field is packed with overseas’ drivers but, of course, there’s nothing like seeing a Kiwi taking it to the visitors.”

CAPTION: A super-sharp offer on NZGP tickets from the event promoter has Manfeild’s administration hoping for a bumper crowd to the February 8-10 Castrol Toyota Racing Series finale.