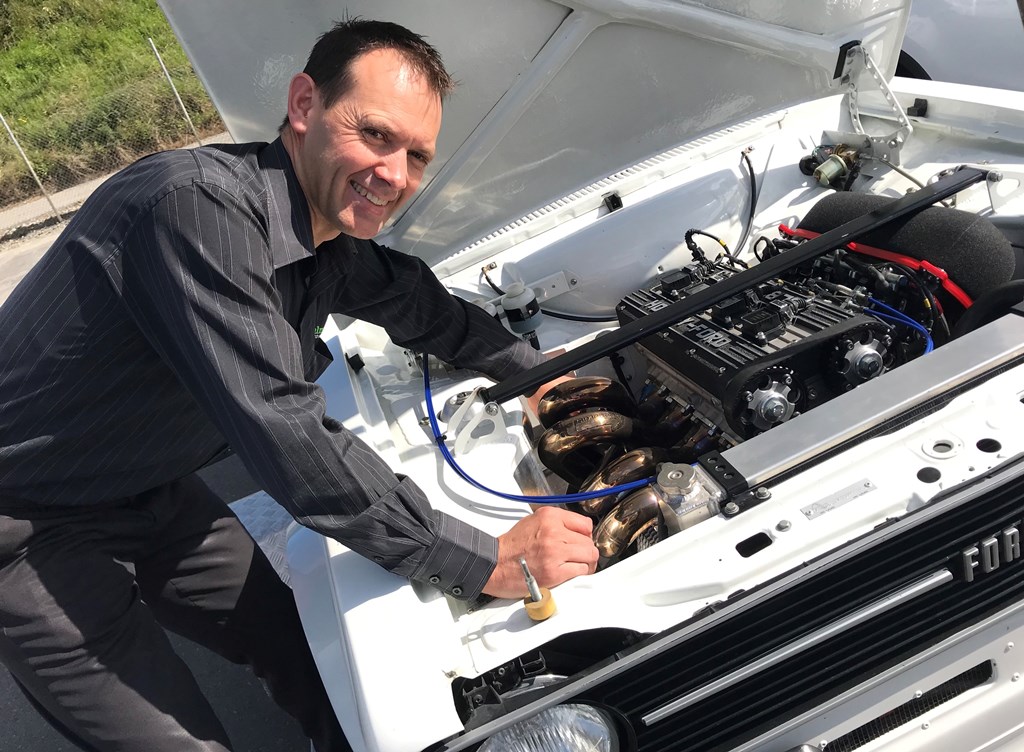 CLASSIC racing is about more than pure competition – another draw is the camaraderie.

The enthusiast spirit that drives this weekend’s MG Classic on Manfeild Circuit Chris Amon is why this annual chance for drivers of all types of classic car to get onto the track and let rip remains so popular.

So says Dean Curtis, of Palmerston North, whose Ford Escort RS has become a regular sight over the years, winning huge admiration for not only being an exciting pace-setter but also because of the impeccable standard of presentation.

“We really look forward to the MG meeting, it’s just a really good event that draws a lot of great cars out of the woodwork,” the 47-year-old says.

“I missed last year’s race so that has increased my enthusiasm for this one. It is just good fun and provides good racing.”

The basis of his car is a 1975 model, but the level of performance enhancement is well above the original factory spec.

A development process that, the owner cheerily admits, accounts for every spare dollar means a car that was quick by any standard when it first hit the track in 2012 has become all the more ferocious.

The firepower is elevated with fitment of a 2.6-litre YB four-cylinder Cosworth engine.

Closely related to the engine used in another famous Ford, the Sierra Cosworth, a powerplant purposed wholly for motorsport has elevated the output to around 268kW (360bhp) for this weekend’s racing.

A huge amount of grunt for such a small and light car makes for impressive lap times but will not guarantee victory.

Mr Curtis says he’s always considered Aucklander Bruce Manon, who also runs a Mark II Escort, to be his barometer. And another Manawatu identity, Ian ‘Jack Jack’ Easton, can always be guaranteed to keep everyone honest in his 1960s’ Ford Mustang.

“Bruce’s car is probably the quickest Mark II in New Zealand. It’s always good to race against him. And Jack Jack is also good local competition.”

Manfeild operations manager Steve Easthope can understand why there’s so much competitor and fan enthusiasm.

“It’s just one of those meetings known as much for its good companionship and fraternity as the close and exciting racing. There’s a real enthusiast spirit to it.

“This weekend’s meeting will be the 33rd, a remarkable achievement.”

Status as the longest running event of its kind in New Zealand and one of the biggest in competitor numbers is maintained.

Such is the mix and depth of talent and historic vehicles that every race will have its fans, and with more than 40 races, categories ranging from the traditional classes to NZ Tranzam Challenge and a total entry of up to 300 cars, there will be plenty to keep entrants and spectators occupied.

Manfeild stadium will also be a pit zone, so there will be plenty of rare and fascinating racing metal to be seen under the 7500 square metre roof.

Practice sessions on Saturday morning are followed by races, with Sunday providing a full-day of racing.

During the lunch break there will be the traditional gold coin charity laps that have raised more than $100,000 over the years for the Cancer Society and Kara Hands Charitable Trust.

Further information, including spectator entry costs, can be found on www.manfeild.co.nz (under MG Classic).