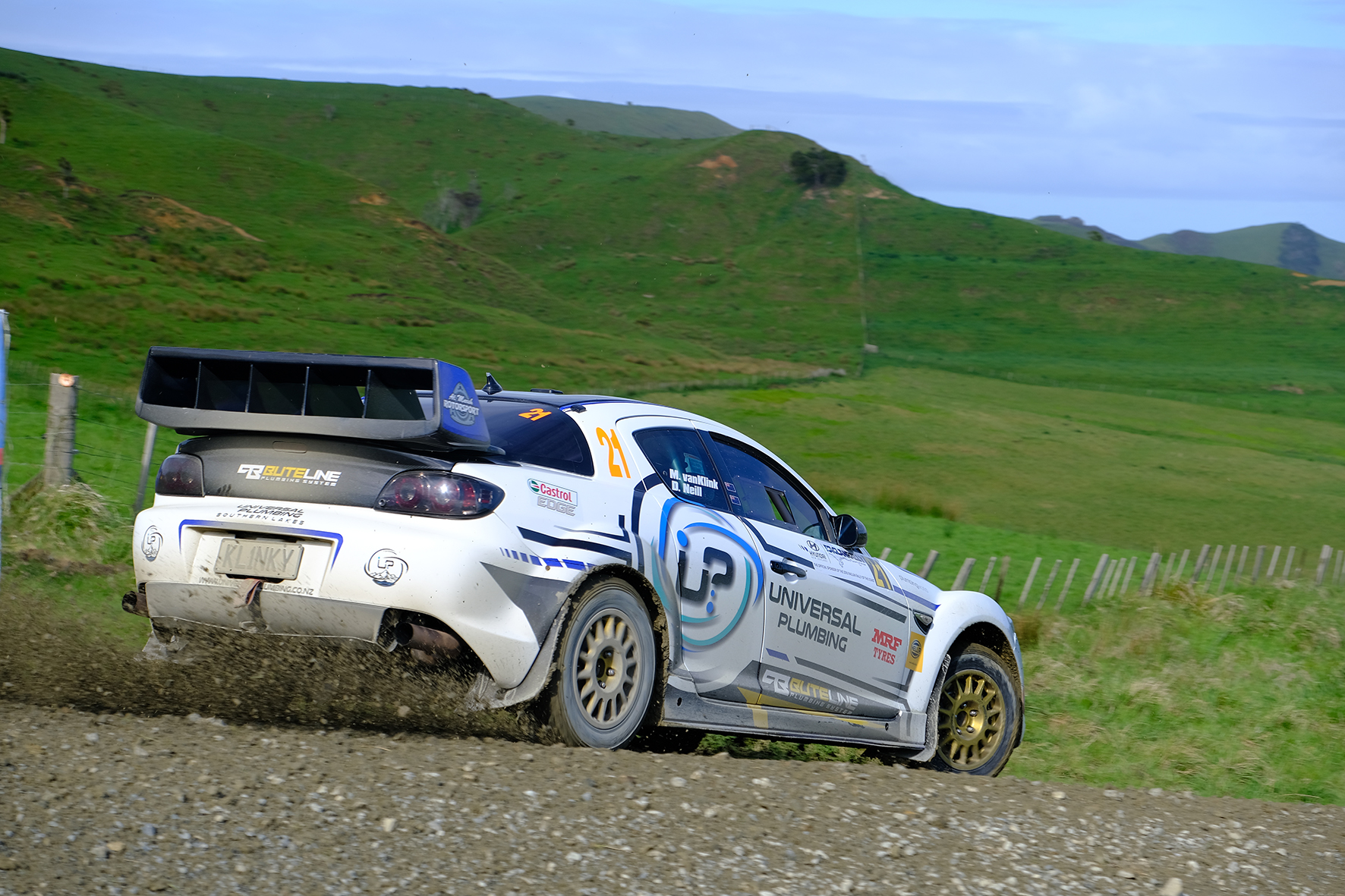 The opening round of the Brian Green Property Group New Zealand Rally Championship will see an international challenge for Christchurch’s Marcus van Klink when he takes on this weekend’s Otago Rally.

Outside of the championship battle, van Klink will also be chasing the unofficial title of fastest two-wheel drive car outright, which includes World Championship star Mads Ostberg in a classic Ford Escort.

van Klink made a storming start to the season at the recent Westland Rally, leading a highly competitive two-wheel drive field and an impressive third overall when a gearbox problem ended his day.

“We’ve got a lot of good competition again for Otago this year, it’s always a great event and it’s always exciting taking on drivers from overseas and have a bit of a laugh with them,” says van Klink.

“Although Westland was cut short, the speed was awesome. I hadn’t driven the car since last season but it is so easy to drive, it really is a credit to everyone involved in building it.”

van Klink would also like to thank the loyal sponsors who have made another NZRC campaign possible including Buteline, Castrol, Universal Plumbing, Al Marsh Rotorsport and the team at Palmside.

Rally Otago gets underway with a ceremonial start in Dunedin’s Octagon from 5pm on Friday. The following day, teams will tackle 135 kilometres of special stages to the south of Dunedin, before returning for the popular super special stage in Dunedin. Sunday sees a further 145 kilometres based around Oamaru north of Dunedin, before returning to the Dunedin railway station for the ceremonial finish from 3:30pm.