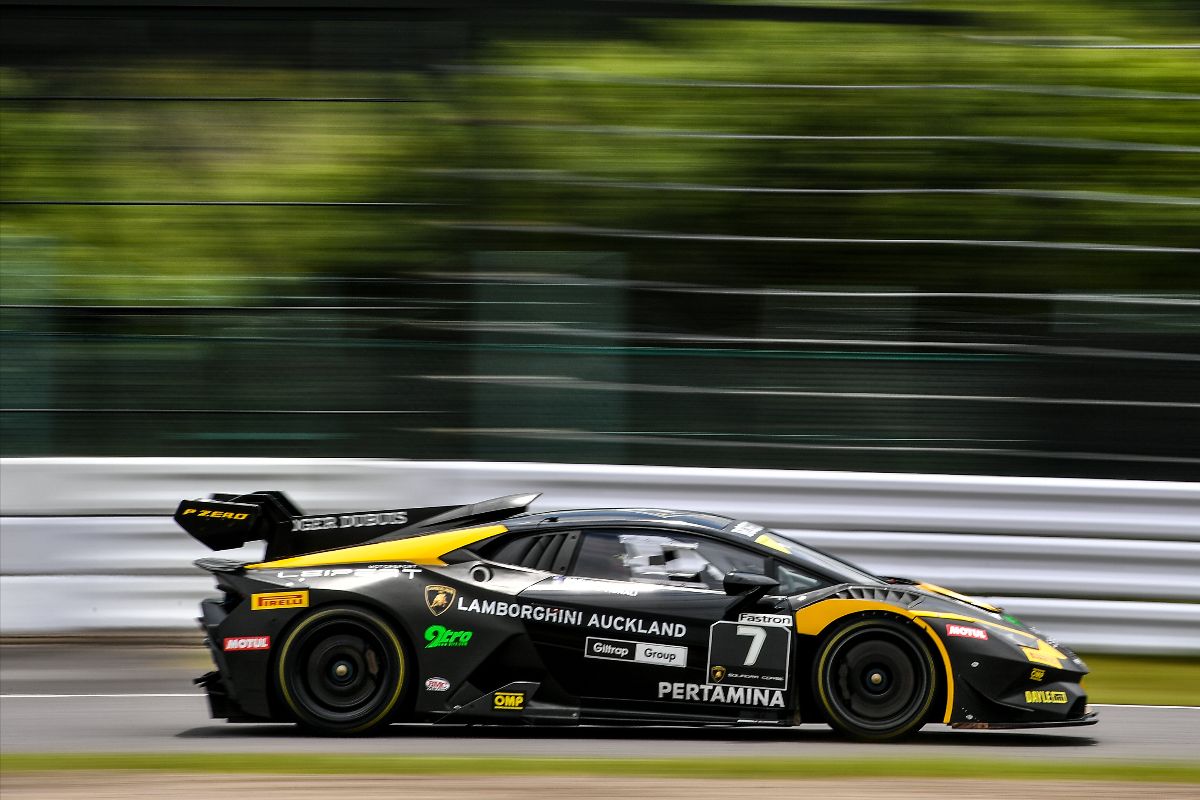 Fuji next stop for Leitch and Lamborghini

Kiwi racer Brendon Leitch heads to the legendary Fuji  Motor Speedway in Japan this weekend for the third round of the Lamborghini Super Trofeo Asia – and he’s determined to be at the sharp end of the grid.

The Lamborghini Auckland and Dayle ITM backed racer impressed at the series’ second round at Suzuka, ending the weekend with a class win alongside team mate Massimo Vignali in the Leipert Motorsport Huracán.

Leitch admits unlocking the speed of the spectacular Italian machine was an early challenge, but says he has found the key and is confident that his Pro-Am crew can challenge for overall as well as class honours.

“After Round 1 at Sepang I felt like I was a bit lost with the car,” he explained.

“Coming into Round 2 in Suzuka I had a lot more confidence in it and learned a lot about how it responds. Straight away I figured out how to drive it. Every time I get in the car now the pace is improving.

“I was easily catching the guys leading the last race, so there’s a good chance that in this next round we could make things interesting for the Pro/Pro pairings if I can get myself in the right place. Having Marc Poos at the last round as my engineer was really helpful. I learned a lot from him and his experience with the car helped hugely.

“I’ve got a great team behind me too so I have all the confidence I need in the car. My team mate Massimo did an awesome job with the car, he improved so much over the weekend. I’m intrigued to see how he goes this weekend. Hopefully he keeps improving at a steady rate like he did at the last round. He shouldn’t be too far off the pace by the end of the weekend.”

The Lamborghini Super Trofeo Aisia takes in some of the world’s best race tracks in its calendar and Leitch is looking forward to another iconic venue in Fuji Motor Speedway.

“Fuji has a really, really fast front straight,” he added. “There are some really tight and twisty sections but some good overtaking spots. Obviously you’ve got the big high speed corners, and they will be where lap time is lost in the race  because you’re leaning so hard on the tyre there for a long period of time. All the cars will be just chewing up the rubber.

“It’s about managing that a little bit in the race and just being patient with it. The thing that you can’t feel in the simulator that you get in real life is degradation. We’ll figure that out pretty swiftly at the beginning of the weekend, but the simulator prep has put me in a good position.

“I’m just looking forward to getting out there and putting all my energy towards it and seeing how much we can improve this weekend. If the guys on the Lamborghini Junior Driver program weren’t watching already then by the end of this weekend they’ll have their eyes glued to me.”