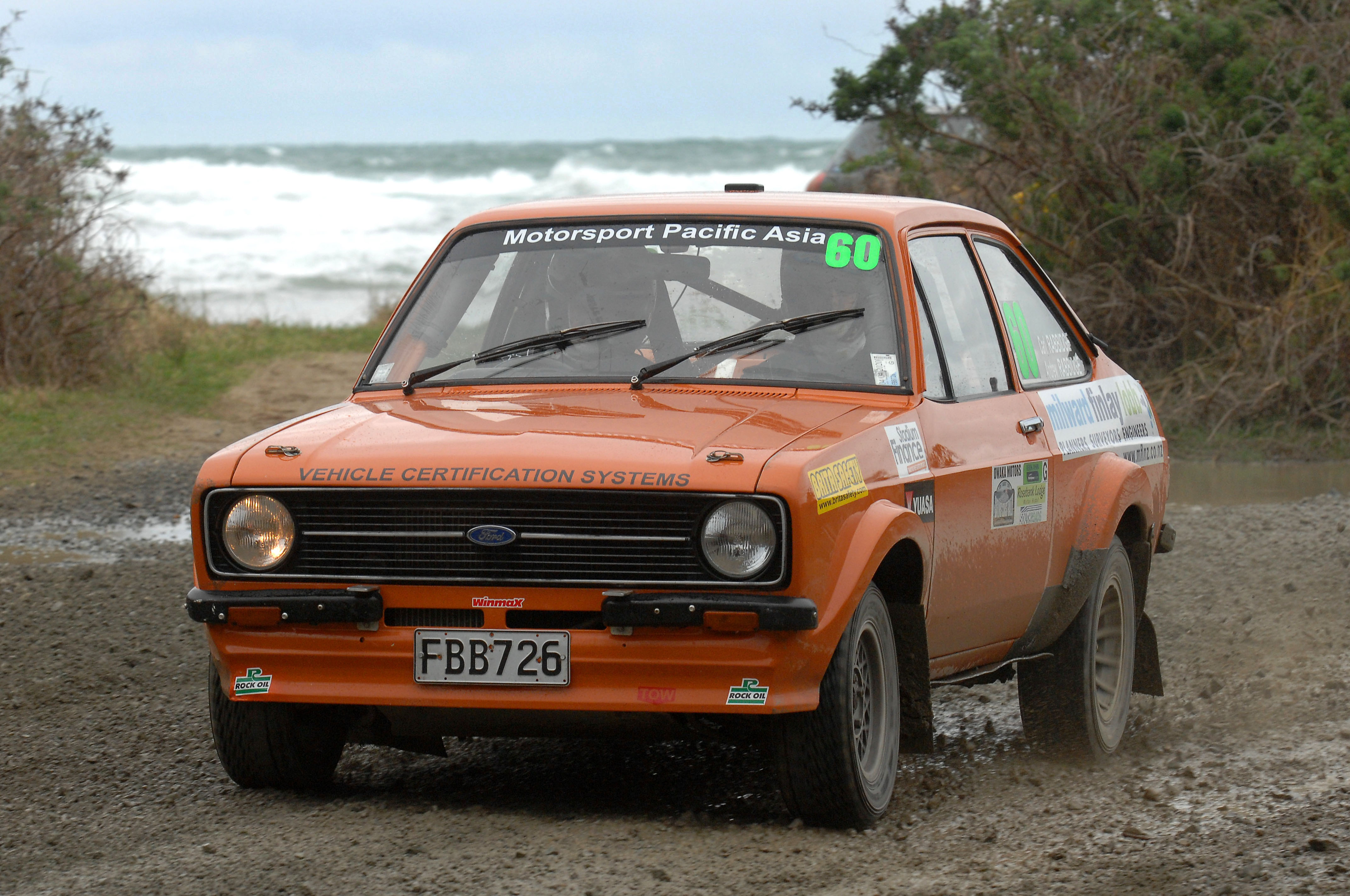 Fifty years of rallying for Rabbidge

Carl Rabbidge of Timaru has done it all in New Zealand motorsport. Racing, rallying, officiating – you name it. His first rally was the 1970 Silver Fern Rally and now in 2020 he will celebrate fifty years of rallying as the Catlins Coast Rally celebrates its own twenty-year milestone on Saturday 8 August.

Rabbidge can’t recall the exact date of the 1970 Silver Fern but he says if Catlins isn’t 50 years to the day it is very, very close.

In the ensuing fifty years since his first rally Rabbidge has driven, co-driven, service crewed and been an official. “It’s been a bit if fun,” he says with a hint of understatement.

He says there are various things you remember from over the years. “That first event is one of them”, but one he really singles out is the 1973 Heatway International Rally. “It was inspirational. No one who competed in it will ever forget it. It covered both the North and South Island and number one son, Andrew – his co-driver at Catlins, was born in the middle of it.”

“It was a bit of a surprise, he was two weeks early,” explains Rabbidge. “With no cellphone communication in those days we were on the Interisland Ferry ready to leave Lyttelton. They held the sailing up for twenty minutes to find me and tell me. I fell off the road the next morning. I caught Reg Cook at the end of a stage and he went round the corner and I didn’t.” With Andrew arriving in the middle of one of the biggest international rallies ever seen in this country, it is little wonder that he got involved in the sport. “Dad was very keen on motorsport,’ says Carl.

“He was a foundation member of the Marlborough Car Club when we lived up there when I was a kid. I followed on and enjoyed it. I was never going to be a world class cricketer or an All Black but I could do this. My wife Eileen has been involved too. She has been a big part of the South Canterbury Car Club with events. The kids followed on and now the grandsons are too.”

Carl has seen many changes in fifty years. “Back then it was all about endurance, now it is a sprint. The technology in vehicles has obviously got better too. They are a bloody sight quicker nowadays but that is the growth of the sport as it should be.”

There is no doubting that pleasure of winning. “We won the first NZ Group One Championship, in 1976 with the Mazda RX3 and that was special, as was winning our class in the 1975 Rally NZ with our Twin Cam Escort and later winning the Mainland Series back to back in 1981-82 with the RS2000 and the Datsun. Competing in the Philippines was another adventure plus I had a total new experience when I spent many years co-driving for the Owen Brothers.”

“It is the calibre of people you meet too. It is bloody special. I have not met anyone in the sport that I stayed pissed off with for long.”

So, fifty years on Rabbidge lines up for Catlins. “I have done a few Catlins but my first time through there was the 1976 International Rally. I used many variations of some of the stages when I was organising the NZ Silver Fern Rally years later.

I have quite an affinity for the area. My mother was born in Tahakopa and lived in Maclennan. I was born in Wyndham, my grandfather had a farm which is still in the family at Glenham. For some years Ian Begg, Barry Robinson and I were amongst the head of the field in South Island rallying and all were from Wyndham even if we did leave early. Barry and I share a common Great Aunt and Uncle and in Glenham, Rabbidge Road and Robinson Road run side by side off Stouts Rd.”

The rally will commence at 10.00am on Saturday 8 August adjacent to Owaka Motors and will feature approximately 153 km of high-speed Special Stages at Puaho, Catlins Valley, McNab’s Farm, Tawanui, Cannibal Bay and Romahapa.
The event will conclude at Owaka at 3,40pm that afternoon.

The Eastern Southland Car Club is delighted to have the support of the Clutha Licensing Trust through their Rosebank Lodge Balclutha establishment, plus Southroads, Owaka Motors, Yuasa Batteries and Stadium Finance. The club is also especially grateful to Rayonier Matariki Forests, the Clutha District Council and the McNab Family for their assistance with the event.