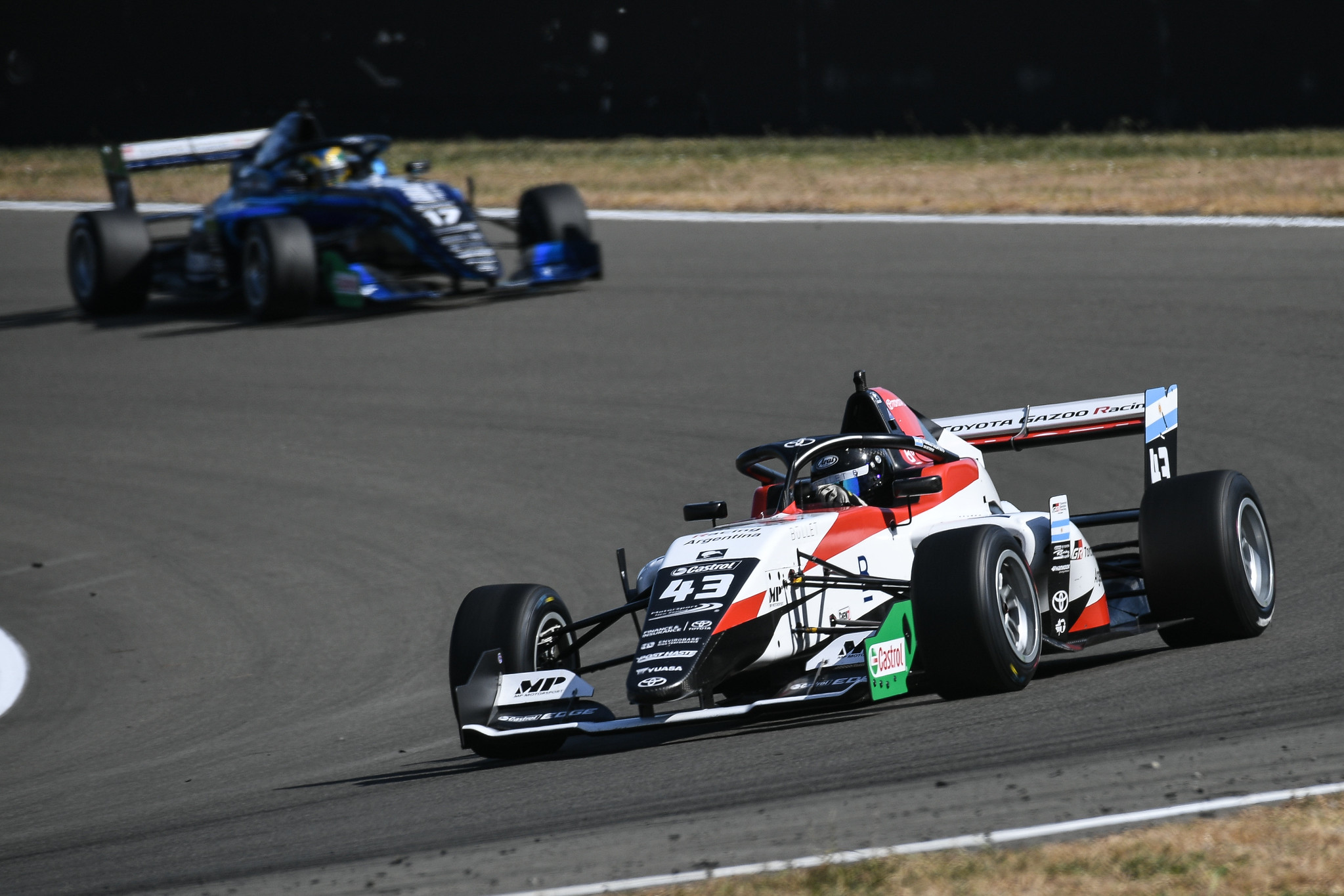 Sixteen year old Franco Colapinto made his Grand Prix intentions clear as the top rookie in the 2020 Castrol Toyota Racing Series snatched pole position for the first race of the weekend at the Circuit Chris Amon, Manfeild.

Sixteen year old Argentinian Franco Colapinto made his Grand Prix intentions clear as the top rookie in the 2020 Castrol Toyota Racing Series snatched pole position for the first race of the weekend at the Circuit Chris Amon, Manfeild.

In one of the most exciting qualifying sessions of the five round championship so far, the Fernando Alonso protégé saved his best until the last two minutes of the 15 minute session with a blistering lap that championship contenders Igor Fraga and Liam Lawson just couldn’t match.

It looked like they would line up second and third respectively in their M2 Competition cars before American Spike Kohlbecker nailed his best qualifying performance of the championship to split the two and make it a Kiwi Motorsport 1-3-5 on the grid.

Tijmen van der Helm – the youngest driver in the field – continued his form at the Grand Prix meeting and having topped several of the Thursday and Friday test sessions, the Kiwi Motorsport driver proved the team have the Manfeild set up nailed with fifth best time.

Brazil’s Caio Collet had been there or thereabouts at the top of the timesheets throughout the session but as the seconds counted down the big guns threw in their biggest laps, he couldn’t find the extra tenth or two he needed and he had to be content with sixth in his mtec Motorsport engineered by R-Ace GP entry. Colapinto’s chief contender in the rookie points, Grégoire Saucy, topped the times during the session for Giles but like Collet, couldn’t find that little extra at the end and will start the first race from seventh on the grid with Lucas Petersson joining him on the fourth row of the grid.

The oldest racer in the Grand Prix – and at the race meeting itself – Kenny Smith – took the final place in qualifying in 19th, but could be well satisfied with a lap that was just over a second away from the outright pole position pace – a remarkable feat in itself. Kenny will aim to start his 49th New Zealand Grand Prix on Sunday, a worldwide record in any motor racing category for any major event.

Saturday’s first race will be followed by a further qualifying on Sunday morning for the Grand Prix itself. The second race will be based on the results from race 1 and will feature a reverse grid of either the top six or top eight from Race 1. With Lawson and Fraga separated by just eight points in the race for the title, it’s all to play for at the New Zealand Grand Prix.