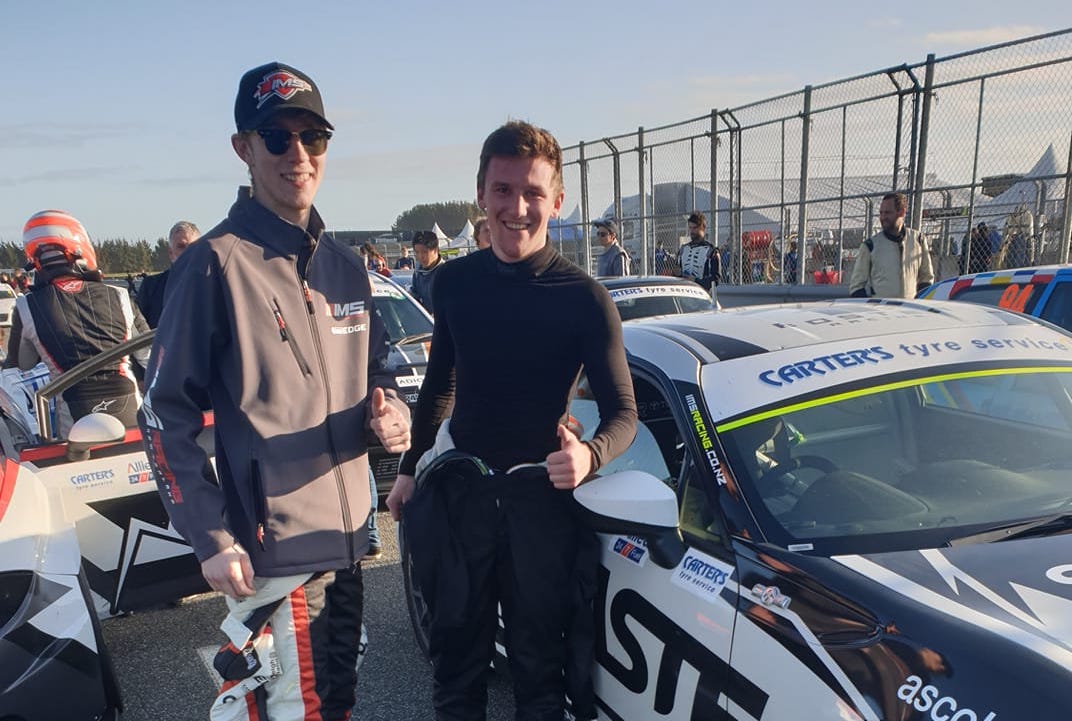 The opening round of the South Island Endurance Series took place at Teretonga Park in Invercargill, with Adam competing in the 3-Hour race under Class A in a Toyota 86. Racing in Class A sees Adam race against other cars with engines up to 2000cc in size.

Before the race start, it was planned that they would split the driver duties roughly into thirds. Adam was quickly welcomed into the volatile nature of endurance racing when he spent almost twice as long in the car as planned due to the timing of a safety car.

Adam quickly learnt the additional challenges that come with endurance racing such as racing in traffic and keeping out of trouble.

“The first part of my stint was pretty hectic!” said Adam.

“We had lots of traffic to deal with which was all a bit new to me. We managed to get a bit of a break in the second half of the stint which allowed me to get into a grove and get some decent laps on the board.

“It was a bit of a race of attrition out there with plenty of cars running into mechanical gremlins or unfortunately crashing so I knew it was important to make sure I did my best to stay on the track. I knew if we did that we’d be on for a good result.”

Whilst finishing third in Class A, Adam and Foster crossed the line 14th overall in their International Motorsport prepared Toyota 86. The second round of the South Island Endurance Series takes place on October 5th at Highlands Motorsport Park in Cromwell.

Caption: Connor Adam (#222) scores third with co-driver Todd Foster at the opening SIES round at Teretonga.