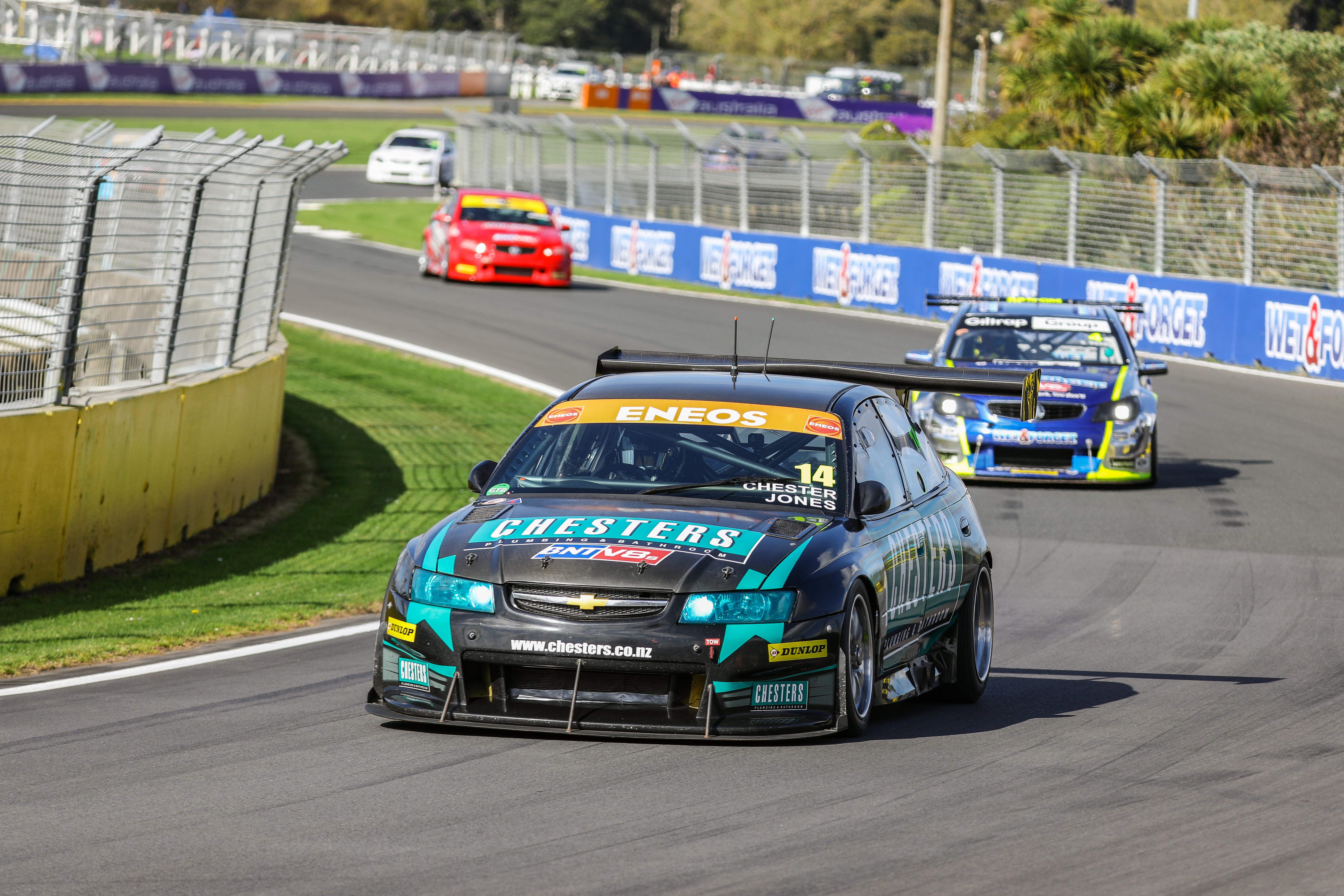 Like yesterday’s opening race, where Chester took victory by a narrow margin, the two Holden drivers battled each other all the way to the chequered flag in both races.

“Had a really enjoyable weekend racing against Nick. He didn’t make any mistakes. He drove really well, I enjoyed the cat and mouse game with him, just didn’t quite have enough to get it done,” said Evans.

In race two of the weekend earlier this morning, Evans pitted on the warm up lap to fit his Wet & Forget Holden Commodore with wet tyres as light rain began to fall over the circuit. The rest of the field had rolled out with wets already fitted.

Once the race started and catching the field, he was the fastest car on the circuit and soon closed up on the back of the Chesters Plumbing and Bathroom Holden.

“We initially went out on slick tyres, but it was going to be too dicey, so we came back in for wets,” said Evans.

“Starting from pit lane, I managed to catch him, just couldn’t quite do it.”

Chester and Evans were chased to the line by the Total Lubricants Nissan Altima of Nick Ross. With Lance Hughes fourth and Paul Radisich fifth.

Chester won the final race of the weekend, followed by Evans and the Ford Mustang of Paul Radisich. The Holden of Tim Edgell was fourth, with the Ford Falcon of John Midgley fifth.

For Chester, he said he enjoyed the weekend long battle, and complimented Evans for pushing him all the way to the line in every race.

“Certainly wasn’t easy this weekend battling Simon. Every time we would pull bit of a gap we’d come across some traffic which would slow us down and give him an opportunity,” said Chester.

“I thought he was going to get past me at one stage there, but managed to hold him off, car was great and the track conditions were primo. A great weekend, really enjoyed it.”

The 2019/20 BNT V8s Championship season will get underway back at Pukekohe November 29 – December 1.

Caption: Nick Chester has held on to take three race wins in the BNT V8s Non Championship event at Pukekohe this weekend.