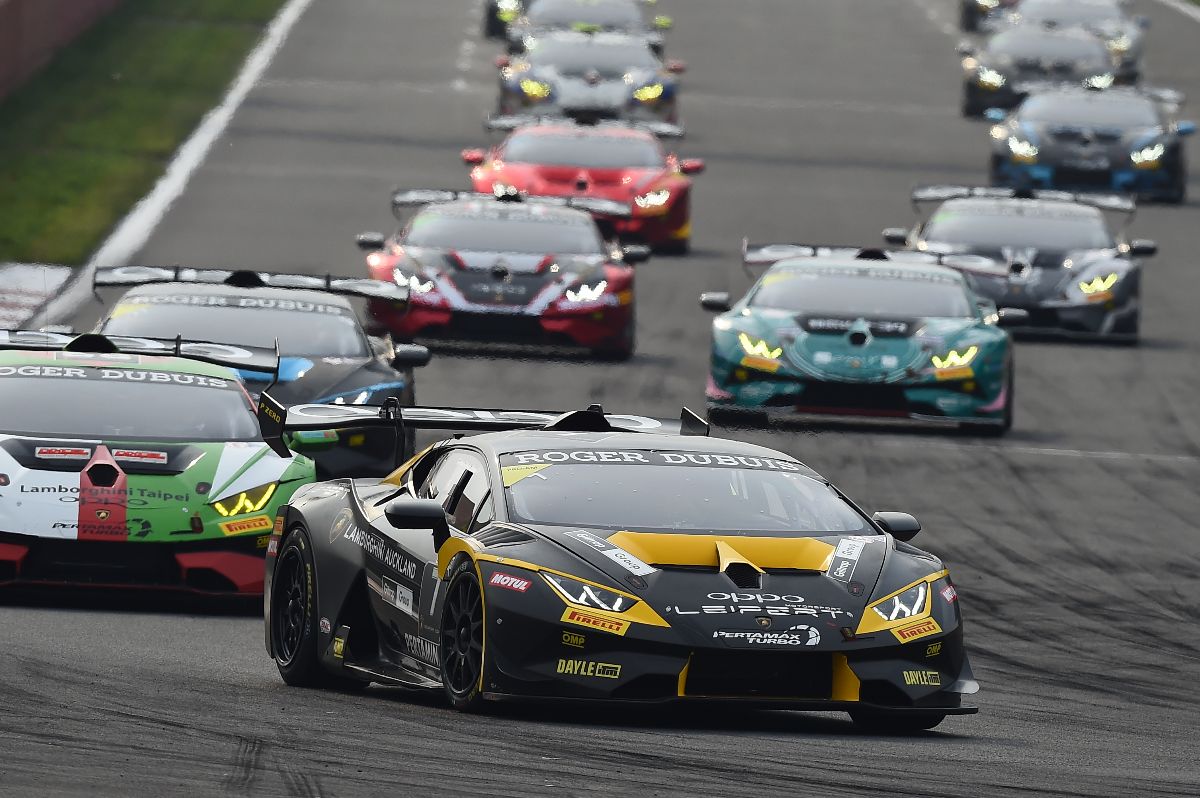 Breakthrough weekend for Leitch in Korea

Kiwi racer Brendon Leitch has recorded his strongest performance of the Lamborghini Super Trofeo Asia series so far, taking a win and a second in the Pro-Am class and an overall podium result at the Yeongam circuit in South Korea over the weekend.

The Dayle ITM and Lamborghini Auckland driver was paired with experienced amateur driver Jake Rattenbury for the first time in the series, but the Leipert Motorsport crew kept up the rate of improvement seen in the previous three rounds of the championship and Leitch proved to be one of the stars of the weekend, qualifying and racing near the front in both of the weekend’s two races.

A factory supported Lamborghini Squadra Corse Young Driver this season – Leitch caught the eye on Saturday with front running pace from a front row starting slot and handed over a class lead to Rattenbury. The Welshman – a former winner of the Lamborghini Trofeo Pro-Am World Cup – settled in well and the duo were on course for an opening class win before Rattenbury was passed late in the race by the HoJust Racing machine of Toshiyuki Ochiai and Afiq Yazid.

In Sunday’s race they were again a factor throughout and finished fourth overall and second again in Pro Am. A post-race penalty for Ochiai and Yazid elevated the Leipert Motorsport Huracán to its second overall podium of the season and Leitch was delighted with that and the class win.

“We started that second race from the third row of the grid,” explained Leitch. “Jake had been going well all weekend and got a tidy start to slot into sixth place and keep pace with the cars in front, which was just what we wanted.

“I got in the car at the first possible moment because we had a battle on our hands to catch the front car in class. We put in some very quick early laps and I was able to undercut one car on its pit stop to get us into the top five.

“I then just put my head down and tried to lap as quickly as possible. I set PB after PB on my way forward closing the gap to the lead group from 30 seconds to 12. That was rewarding as we’ve put a lot of work into finding the sweet spot in race trim for the Huracán, and it was terrific. I could push as hard as I could.

“By the end we had moved up to fourth overall and second in class, which became third and the class win after a post-race penalty for Ochiai and Yazid. Overall it was a good solid weekend and I definitely made a step up in qualifying on new tyres which is an aspect of my driving I have been trying hard to improve. Jake and I were able to make the most of that and be a factor over both races. So all I can say is roll on the next round in September.”

Leitch will be on double duty again when the fifth round of the championship gets the green flag at the Shanghai International Circuit in China over the weekend of September 7th and 8th – dovetailing Lamborghini duty with the next round of the Asian Formula 3 Championship.