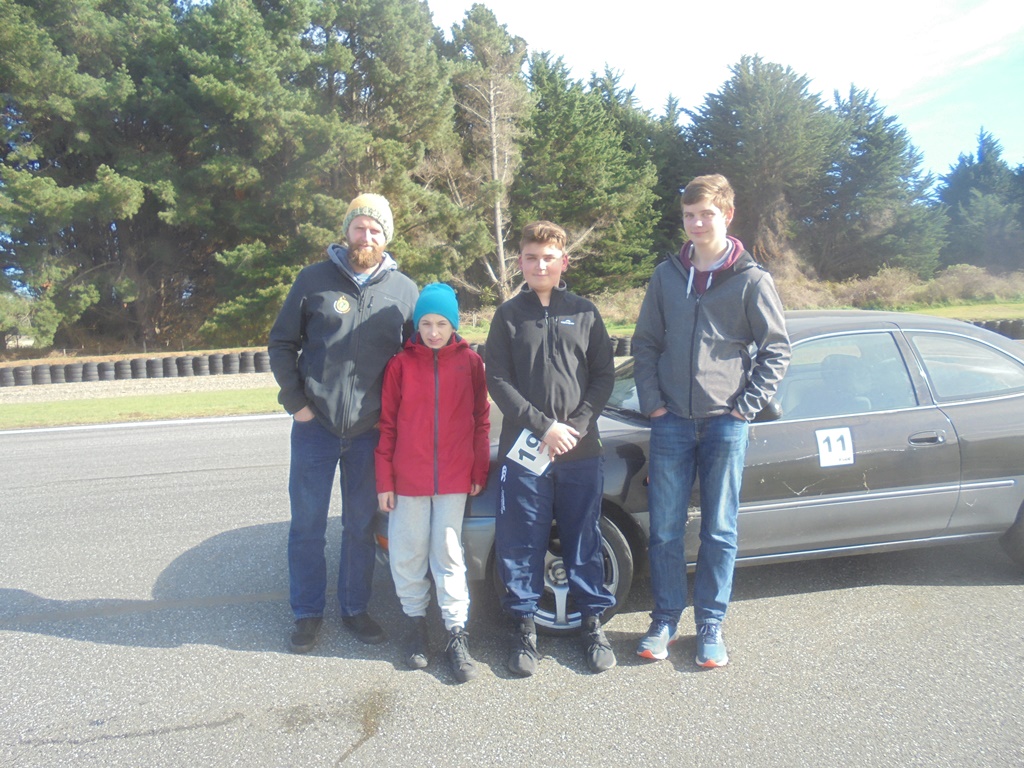 The Southland Sports Car Club’s Evolution Motorsport Clubsport Championship got underway at Teretonga Park on Sunday with excellent numbers contesting both the Motorkhana and Autocross events.

A record number of forty-six entries tackled the three motorkhana tests in the morning with the youngest competitor 12 year old Euan Bergius. Stacy Lines took the Motorkhana victory for this first round in his Mini followed by Jeremy Lennon in a Toyota Starlet and Liam MacDonald (Nissan NX Coupe). Fourteen of the competitors were making their debut in the sport. Several drivers shared cars including four who drove the Evolution Motorsport Toyota which is available for drivers to use while Todd Blackmun made his Ford Ka available.

Andrew Lawrie won the Autocross in the afternoon in his EVO from Craig Allan (Nissan 180sx) and Liam MacDonald (Nissan NX Coupe). Loren MacKay in a Honda Civic was the fastest lady while 13 year old Taylor Gray was the youngest competitor and Ben Kelly was adjudged to have had the most spectacular moment of the day. Steven Watson was selected for a prize at the post event prizegiving by way of lucky draw. The Autocross boasted thirty-one entries.

Additional support for the opening round was received from East End Liquor, i Hire Invercargill, NZ Safety Blackwoods and Mighty Meats

The next round of the championship will take place on Sunday 29 September and the Southland Sports Car Club is eager to hear from anyone who would be keen to have a go either in their own car, the Evolution Motorsport car or just come out and take a no obligation look at what clubsport entails. Contact our Clubsport Co-ordinator Malcolm Mitchell at 021 666 956 or malcolm.mitchell67@gmail.com