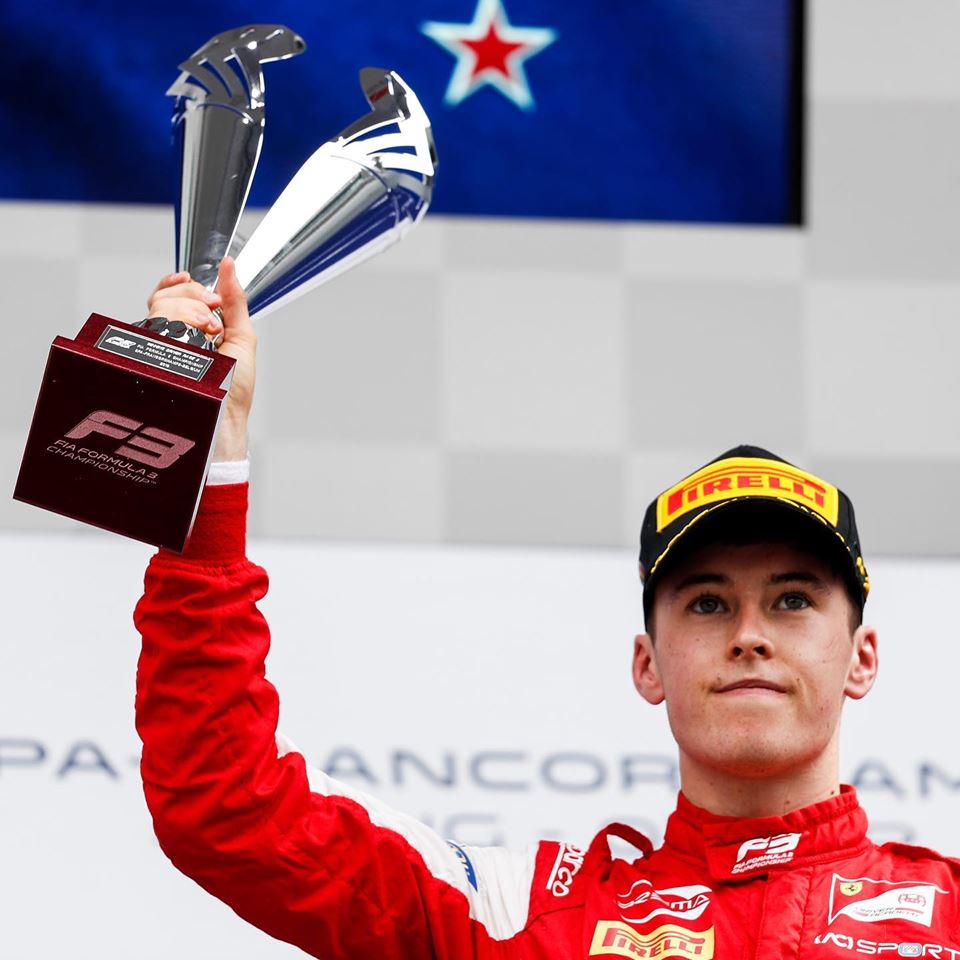 Marcus Armstrong made no mistake of the second race at Spa-Francorchamps yesterday, surging from pole to win and maintain contact with the points leaders.

On the podium, he paid emotional tribute to Formula Two racer Anthoine Hubert of France, who was killed in a crash at the circuit on Saturday.

It was another dominant performance from the 19 year old, who stays in the top four on the points table but now closes to within three points of third-placed Juri Vips, meaning he is in with a chance of snatching the title with two rounds remaining – one of them his ‘home’ round at Monza.

“We had a good start and I managed to open a gap a little bit. Then we were fast and the car was pretty good. My thoughts are not to the race though, but to what happened yesterday. It was very difficult to race in these circumstances today, but we did the best we could.”

Racing started following a minute of silence in remembrance of Hubert, with teams, drivers, staff and officials from across Formula 1, Formula 2, and Formula 3 all coming together on the grid ahead of the start.

Armstrong led from lights-to-flag to finish ahead of Jenzer Motorsport’s Yuki Tsunoda. “The temperature was colder today so I could more or less push the whole way. Yuki was quite quick at the beginning, and I managed to break from him both times on the start. I was then maybe one or two tenths a lap faster but it wasn’t easy,” he said.

Championship leader Robert Shwartzman came home 3rd, extending his lead in the Drivers’ Championship to 152, ahead of teammate Jehan Daruvala on 129 and Vips on 122. Armstrong is on 119.

Armstrong built a 2.5s gap between himself and Tsunoda, the margin extending to 4.5 seconds at the end. Behind them, the final lap saw Shwartzman take third in a last-gasp overtake of Christian Lundgaard.

“I’m happy to take the points and also fastest lap, but it’s very sad what happened here yesterday. My thoughts are with Anthoine Hubert’s family and friends and also with Juan Manuel Correa. We don’t realise how dangerous this sport is until things like this happen.”

The Championship resumes next weekend with the penultimate round at Monza, where Armstrong hopes to further chip away at Shwartzman’s title charge.