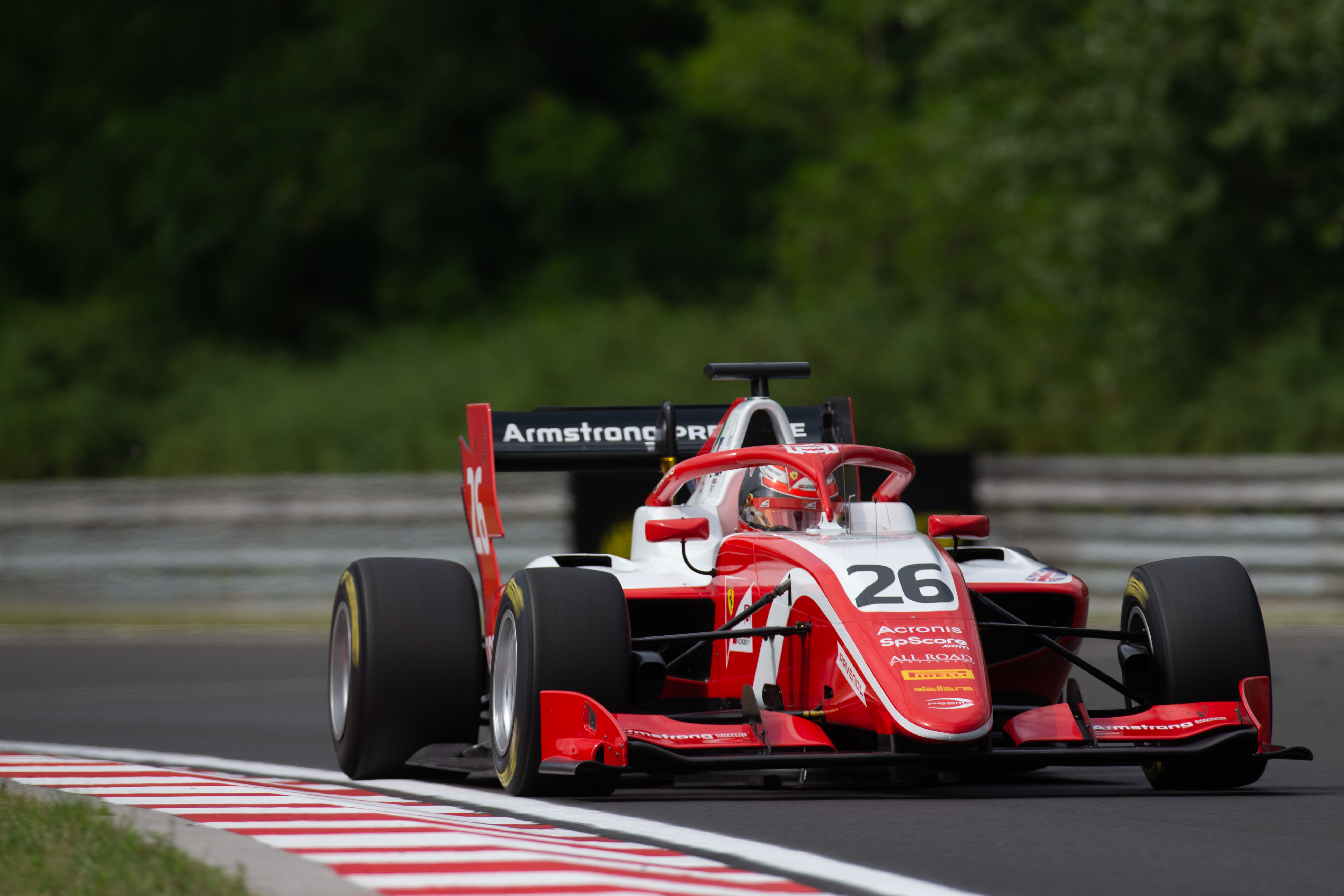 ARMSTRONG ON THE ATTACK AT HUNGARORING F3 RACE

Marcus Armstrong fought back from a mid-field qualifying position to finish eighth in the first race of two at the latest round of the 2019 FIA Formula 3 Championship.

He dominated the first half of qualifying but then struck traffic as a half dozen rivals slapped down quicker and quicker times, eventually overtaking the Kiwi.

The PREMA Racing squad faced a difficult qualifying session on Saturday morning, with Robert Shwartzman, Marcus Armstrong and Jehan Daruvala ending up in 4th, 13th and 17th place respectively due to traffic in the second part of qualifying.

“Qualifying was a bit of a disaster, being fastest in the first run and 13th in the second after I made a mistake on lap 1 and caught traffic on lap 2. The race was great fun. It felt like 2016 when I was racing in karting in the rain, just using wide lines and kerbs, fighting, banging wheels. It was really fun.”

In the race, Shwartzman stumbled off the line, losing several positions. Armstrong put in a gritty drive to move from 14th to eighth, scoring four more points toward his championship campaign and securing pole for the second race which takes place at 8:00 pm (NZST).